The Handmaid’s Tale is having a moment due to the television serial airing this coming week and the current political situation in America (and beyond).

As one series begins, another ended this week:

And in women win prizes, ‘Heather Rose wins the Stella Prize for a novel that wouldn’t ‘let her go’‘ as reported by The Sydney Morning Herald.

I don’t do New Year resolutions. I learnt some years ago that those vague statements – I’m going to do more exercise/eat less/learn a language – don’t last beyond mid-January. But goals do, at least specific ones you can work towards and extend, if necessary, or not beat yourself up about if you don’t quite fulfil them do.

Last year, I set a goal to read more books by women of colour. I joined Eva Stalker’s #TBR20 project with the caveat that I’d continue to read review copies I was sent as well. I still haven’t completed all the reviews of those books yet but the main effect it had was I paid attention to what I was reading, specifically who the writer was. In 2014 10% of my reading was by writers of colour, in 2015, it was 32%. The unintended consequence of this, however, is that the number of books I read by writers from LGBTQIA communities plummeted from 6% to 0.5% and books in translation from 11% to 0.6%. (The latter was partly a consequence of me not really taking part in #WITMonth due to personal circumstances but still, it’s poor.)

I’m aiming for 50% of my reviews to be of books by women of colour. I’ve changed the focus from the percentage I’m reading with the intention of even coverage on here. What I noticed last year was that although I was reading books from my #TBR20 stack, when I got back to reading and reviewing after my break in the summer, I was focusing on books by white women, the ‘big titles’. As a consequence, I have a stack of review copies by women of colour. These are now at the top of the pile.

I’ve also created a new #TBR20 pile focusing on writers from the LGBT communities. And here they are…

Half of the books (those on the left, except Anaïs Nin who appears to be in the wrong pile) are by women of colour. I used several sources to help me compile the list: More than 50 books by Queer People of Color by zarahwithaz; 10 Novels & Memoirs By and About Black Lesbian, Bisexual and Queer Women on Autostraddle;100+ LGBTQ Black Women You Should Know: The Epic Black History Month Megapost also on Autostraddle, and the Wikipedia list of LGBT Writers.

Elsewhere, you might have seen on social media that Media Diversified have created Bare Lit Festival (@BareLit). ‘A literary festival focused entirely on writers of colour’, which will run from the 26th – 28th February 2016.

We want to counteract the trend of equating literary merit with whiteness by highlighting the amazing variety of work currently being produced by BAME writers. That’s why we’ve put together an exciting programme of performances, panels and conversations — such as ‘Second-Generation Poets in Exile’, ‘What Does Liberation in Literature Look Like?, Sci Fi vs. Afrofuturism’ and much more.

I’ve already bought my weekend pass and you can support the festival by buying passes or single event tickets now and helping them to raise the cost of running the event. Find out more on their Indiegogo page.

Mention of Media Diversified brings me to this interesting piece, posted a couple of days ago: Decolonise, not Diversify by Kavita Bhanot. I agree with everything she says.

Speaking only for myself, I didn’t get involved with #diversedecember because I thought it would change the world but I did hope it might lead some people to question their world view or the view the white-dominated world imposes upon us.

During December, Salena Godden (@salenagodden) posted a video of her performing her new poem ‘I Count’. ‘I have become a woman that counts…’ she begins. Yep. I became a woman that counts when I started this blog. I don’t think it’s a solution and it’s certainly not going to bring about one on its own, but while ever white/male/hetero/cis domination exists, I’ll count. For me, #ReadDiverse2016 (@ReadDiverse2016) is about hoping you’ll join in that count too. 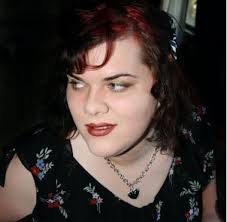