This week, my favourite publishing imprint (for obvious reasons) Virago is reissuing the short story collection Daughters of Decadence: Stories by Women Writers of the Fin de Siècle, edited by Elaine Showalter. The collection includes stories by Kate Chopin, Edith Wharton, Charlotte Mew and Constance Fenimore Woolson, amongst others. Possibly the most famous story included is feminist classic ‘The Yellow Wallpaper’ by Charlotte Perkins Gilman. Rather than cover the whole collection, Virago asked whether I’d focus on this one story and, having last read it as an undergraduate student some twenty years ago, I’m delighted to revisit it.

‘The Yellow Wallpaper’ is narrated by an unnamed woman. She has moved, along with her husband, John, into an ‘ancestral hall’ for the summer whilst work is carried out on their home. The house is cheap and has been uninhabited for some time which leads her to believe ‘there is something queer about it’. Her husband disagrees. He also disagrees with her when she tells him she is ill.

If a physician of high standing, and one’s own husband, assures friends and relatives that there is really nothing the matter with one but temporary nervous depression – a slight hysterical tendency – what is one to do?

My brother is also a physician, and also of high standing, and he says the same thing.

Personally, I disagree with their ideas.

Personally, I believe that congenial work, with excitement and change, would do me good.

But what is one to do?

Not two pages in and already I’m furious at Freud – he’s got a lot to answer for when it comes to society’s views of women. Did someone mention the patriarchy?

The narrator goes on to describe the room which they’ve taken for their bedroom. The room was her husband’s choice – ‘I don’t like our room a bit’ – and she’s particularly perturbed by the wallpaper:

I never saw a worse paper in my life.

One of those sprawling flamboyant patterns committing every artistic sin.

It is dull enough to confuse the eye in following, pronounced enough to constantly irritate and provoke study, and when you follow the lame uncertain curves for a little distance they suddenly commit suicide – plunge off at outrageous angles, destroy themselves in unheard of contradictions.

The colour is repellent, almost revolting; a smouldering unclean yellow, strangely faded by the slow-turning sunlight.

It is a dull yet lurid orange in some places, a sickly sulphur in others.

No wonder the children hated it! I should hate it myself if I had to live in this room long.

As the story progresses, the narrator becomes obsessed with the wallpaper, convinced that there are two different patterns to it and that they change with the light. Then she discovers there’s a woman behind it, trying to get out…

Two key things I haven’t mentioned yet are – one – that the narrator is a writer but her husband and her sister-in-law disapprove of her pursuit. She writes the story in snatched moments, hiding her work when one of them enters the room. By making her a writer, Gilman highlights how women have been denied their own voices and the right to tell their own stories. Two – that the narrator is a mother. It’s four pages into the story before she mentions the baby and we never see him. Here the possibility that the narrator is suffering from post-natal depression is raised. Why don’t the men in her life consider this? At the time the story was written it had only recently been recognised as a condition. Also, why would a new mother be depressed? Having a child is what women are made for, isn’t it?

‘The Yellow Wallpaper’ considers the merits of the rest cure and finds them lacking. It looks at the feelings of entrapment women experience trying to survive in a patriarchal society which dictates their emotions to them, tells them what they need and expects them to conform to marriage and motherhood without protest. It’s an incredibly powerful story and one that continues to resonate more than a century after it’s initial publication.

Thanks to Virago for the review copy.

On Friday, the death of Harper Lee, author of To Kill a Mockingbird was announced. Obituaries followed from Ed Pilkington and Matthew Teague in The Guardian; Eric Hamburger also in The Guardian; Casey N. Cep in The New Yorker, and The Irish Times, and appraisals of her work from Michiko Kakutani, ‘In Harper Lee’s Novels, a Loss of Innocence as Children and Again as Adults‘ in the New York Times; Sarah Churchwell, ‘Harper Lee: author battled to reconcile racial justice with a racially unjust society‘ and Elaine Showalter, ‘Harper Lee: an American novelist deserving of serious attention‘ both in The Guardian; Michelle Dean, ‘Did Go Set a Watchman spoil Harper Lee’s literary legacy?‘ in The Guardian; Katy Waldman, ‘What Is Harper Lee’s Legacy After Go Set a Watchman?‘ on Slate, and Alex Clark, ‘Why Harper Lee’s To Kill a Mockingbird endures to tell its tale of radical change‘ in The Observer

You might have heard that a fortnight ago Beyoncé released a new song ‘Formation’ which she went on to perform at the SuperBowl. Lots of people had lots to say about it. LaSha wrote, ‘Kendrick Lamar won’t face backlash like Beyoncé: Socially conscious art, sexual expression and the policing of black women’s politics‘, Priscilla Ward wrote, ‘White Beyoncé haters don’t get it: “Formation” isn’t “race-baiting” — but it is unapologetically about race‘ both on Salon; Banseka Kayembe wrote, ‘Beyonce Gets Political: Here’s Why it Matters‘ on the Huffington Post; Shantrelle Lewis wrote, ‘“Formation” Exploits New Orleans’ Trauma‘ on Slate; Nikita Richardson did ‘A Deep Dive into the Important, Unapologetic Blackness of Beyoncé’s ‘Formation’‘ on Hello Giggles; Suzanne Moore said, ‘Black Pride at the Super Bowl? Beyoncé embodies a new political moment‘ in The Guardian; The Pool asked, ‘Four women on what Beyoncé’s Formation means to them‘, and Anna Leszkiewicz said, ‘Beyoncé and #BlackLivesMatter: why “Formation” is her most radical release to date‘ in the New Statesman.

Last weekend was Valentine’s Day; there was plenty of writing around that too. Emma Dowling wrote, ‘Love’s Labour’s Cost: The Political Economy of Intimacy‘ on Verso Books; Eleanor Franzén wrote ‘V Daze‘ on Elle Thinks; Eileen Myles, ‘on the Excruciating Pain of Waiting for Love‘ and Heather Haverilesky, ‘What Romance Really Means After 10 Years of Marriage‘ on The Cut; Marie Phillips wrote, ‘What I learnt from a year of being in love‘ and Emer O’Toole shared, ‘The Rules, and how I fell in love‘ both on The Pool; Lauren Duca asked, ‘Is There Such a Thing As a Feminist Marriage Proposal?‘, Laura June revealed, ‘What I Thought Romance Meant, Age 12–Present‘ and Meaghan O’Connell told us, ‘Getting Married in One Week Was the Most Romantic Thing I Ever Did‘ all in The Cut; Emma Flowers wrote, ‘Finding, Nearly Losing and Finally Building Love Across Two Genders‘ on the Huffington Post; Heidi Julavits on ‘My High-School Boyfriend, the Con Artist‘ in The Cut; Tiffany Yannetta wrote, ‘Lights, Camera, Love‘ on the history of dating shows on Racked, and Alana Massey said, ‘Tinder Is the New Meet-Cute‘ in The Cut.

Congratulations to Ríona Judge McCormack who won the inaugural Galley Beggar Press short story competition with ‘Blackburn‘. And The Stella Prize announced its 12 book longlist for 2016. 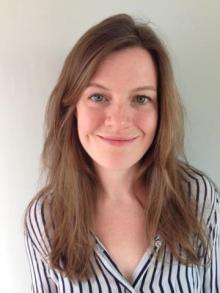