Considering one’s life requires a horribly delicate determination, doesn’t it? To get to the truth, to the heart of the trouble. You wake and your dreams disband, in a mid-brain void. At the sink, in the street, other shadows crowd in: dim thugs (they are everywhere) who’d like you never to work out anything.

Neve is a writer in her mid-thirties, exploring her marriage to an older man, Edwyn, and the impact previous relationships, both romantic and familial, have had on who they are now. We know from the opening pages that Neve and Edwyn’s relationship is one of extremes. He calls her ‘little smelly puss’, ‘little cleany puss’, ‘little compost heap’ and ‘little cabbage’ between cuddles and kisses.

There have been other names, of course.

‘Just so you know,’ he told me last year, ‘I have no plans to spend my life with a shrew. Just so you know that. A fishwife shrew with a face like a fucking arsehole that’s had…green acid shoved up it.’

Edwyn tells Neve she needs to get behind ‘the project’, the project being not to wind Edwyn up. Of course, it’s impossible to know exactly what will irritate Edwyn and cause an irrational outburst, or violence, or gaslighting. 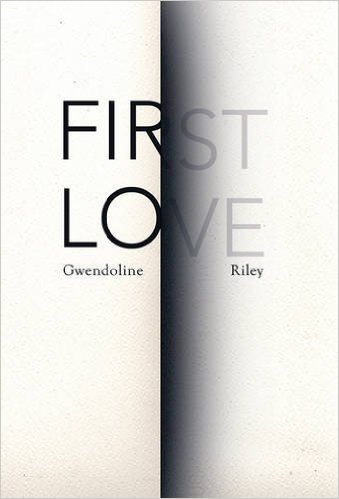 Neve positions her marriage in the context of other relationships, particularly those with her parents. Her father is abusive. She recalls a day when she read some of the list of things her father had done to her mother, documented by her mother for her solicitor:

Edwyn questions Neve’s mother’s memory. Could she remember all eight years of her marriage? Did she keep a diary? His attitude mirrors that of society towards women who verbalise the abuse they’re suffering. He ends the exchange referring to the things on the list as ‘incidents’ when Neve refers to them as ‘assaults’.

Neve also suffers abuse from her father. Her brother stopped visiting after he was punched in the face, but Neve’s mother, becoming complicit in the abuse, pleads with Neve to continue seeing him in order to ‘keep the peace’. On one visit when a friend from work is present, he sends Neve to the bathroom to ‘clean up’. There, under the seat, she finds ‘two drops of dried blood, both tiny’. When she’s returns to the living room, her father declares, ‘Women just aren’t naturally clean are they?’ He punctuates his abuse with invitations to dinner and concerts, lavishing money on Neve, attempting to push her to question what type of person he really is.

Riley writes with precision and perception, forcing the gap between how we view ourselves and how others see us. She shows how people exploit that perception to their own ends, how insecurities can manifest as abuse towards others. There’s an excruciating moment when Neve meets up with an ex. Despite initially saying he’s not interested in a relationship, he makes a play for her saying ‘I don’t think I can think of you…outside the context of – loving you?’ After they sleep together, he leaves and Neve emails him telling him she’s in love with him. He responds a week later telling her he doesn’t feel the same way.

Despite being a slim 162 pages, I read First Love over several days, having to take regular breaks after feeling as though I’d been punched in the stomach. Again and again and again. So many of the conversations, the ‘incidents’ as Edwyn might refer to them, felt real. Riley’s dialogue, in particular, reads as it might be spoken in real life and when Neve questions her own perception, I couldn’t help but feel she spoke for many of us:

…had I been very naïve? Was this what life was like, really, and everyone knew it but me?

Through a fragmented structure, Riley circles back to Neve and Edwyn, lacking a clear conclusion as to where their relationship is headed and whether Neve will ever break the cycle her parents began.

First Love is superb. A taut exploration of love and the behaviour which binds us to the past as we attempt to move into the future.

Thanks to Granta for the review copy.