The Chimes begins with Simon, the narrator, standing at the roadside waiting for a horse and cart to take him to London. He has ‘a name and a song to find, a thread to follow’. He takes with him his bag of objectmemories, a selection of objects that hold past memories, that yield their secrets when they choose.

At first it’s just the shouts and calls of song from traders. Then there are driving bursts of melody from highboy, viol, clarionet. We trot in past blankfaced buildings with hollow windows and buckled mettle and narrow cobbled streets. Music spills from the living quarters above shops, spins up from groups of musicians standing in door frames. Trompets send out brassy martial calls along the roof turrets. Viols speak with voices high and yearning and full of ache like human song. And under it all is the hard horsehoof beat of tambors. It grows and grows in a vast crescendo…The whole city is talking in music.

Soon after, Simon hears something different, ‘deep under the soundfabric of the city’, there is a silence, an absence of music and he doesn’t know what this means.

By the end of the second chapter he’s found and been dismissed by the woman, the trader, his mother told him to find. Simon can’t prove who he is and she refuses to help him. Then Simon takes us through our first experience of Chimes.

Chimes is like a fist. It unclutches, opens. Starts like a fist, but then it bursts like a flowering. Who can say if it’s very slow or very fast? Chimes is always different, and even after the thousands of times, I couldn’t venture to say what it is like.

It’s the melody simple first. We follow in solfege. Hands in concert as the sky is carved by it: Soh Fah Me Doh Ray Me Soh Fah Me Me Ray Doh Doh Soh Soh. Then the melody is repeated, but turned upside down. Then it comes again, but up an octave and another voice takes the inverted melody and they weave together. The chords wash over. They clean and centre me. The weight of the tonic goes down my spine and into the ground.

Follow the melody through its variations, through its opening and flowering. It tells of harmony and beauty. It tells of a beauty wider than any of us. My mind opens with it and everything there is in the world is shown in perfect order in the music. There is no space for any other thought.

When it’s over, Simon’s drawn to the river bed where he begins to dig – a bodymemory of working on his parents farm – and discovers a silver nugget. Before he can comprehend what he’s found, he’s attacked by a group – Brennan, Lucien, Abel – whose patch of the river he’s on. They take him back to the storehouse they live in and they tell him they sell the nuggets to the Order who use them to build the Carillion, the instrument used for Chimes.

We then skip forward thirteen months. Simon is now a member of Five Rover pact, searching ‘for fragments of the Lady’ to sell to the Order. At this point, the story could all become very repetitive and descend into tedium but slowly Smaill reveals there’s more to Simon than he or we realise and the novel becomes a quest with elements of thriller and dystopia too.

The Chimes is a brave book. It’s brave because Smaill puts the reader in the position of a boy who has no memory, repeating ideas with the slightest of variation. It’s brave because she uses the language of music as an element of Simon’s vocabulary. It’s brave because the style in which she writes is unusual – the use of invented words; stuttering sentences, some of which omit a verb. But it’s this leap of faith which she asks the reader to take – the one in which we place our trust in her writing and believe that it will take us somewhere wonderful – which provides such a great pay-off.

It’s not often you come across a book that feels unique, particularly from a debut author, but The Chimes – while containing elements that feel familiar – is, as a whole, like nothing else I’ve read. It suggests Anna Smaill is an incredible talent with a glittering career ahead of her. 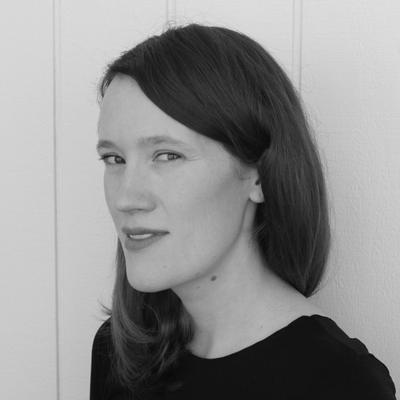 I’m thrilled that Anna’s agreed to join me on the blog to answer some questions about the book.

Although The Chimes has some of the traits of dystopian fiction it’s unlike anything else I’ve ever read, where did the idea for the book come from?

The idea really hit me in two parts. I had been pondering the possibility of a world controlled by a musical elite for quite a long time, probably in part inspired by a teenage love for Herman Hesse’s The Glass Bead Game. I wrote a few scenes set in this world while I was working on my PhD, but the prose never felt right. I was plodding away in what was really a borrowed sort of prose, with a very four-square, third-person-past-tense perspective. Then a long time afterward, a completely different voice hit me, which ultimately revealed itself as the voice of Simon, the narrator. It really came out of the blue and it seemed to have its own rules and structures and to emerge from a very specific landscape. It took me a while to work out that these two ideas were part of the same novel. Somehow the difficulty of reconciling them was what made the writing process come alive for me.

Simon’s lack of memory means he’s often confused as to where he is; because he’s a first person narrator you’ve placed the reader in the same situation as him. It works brilliantly but feels like a brave move. What made you decide on the first person narrative and how did you ensure readers wouldn’t become frustrated and give up?

When I first heard Simon’s voice, it was clear he was speaking directly to a nameless listener – it was inescapably a first-person voice. At first I was completely oblivious to the difficulties from a craft point of view. But after a first burst of composition – about 10,000 words – I realised the difficulty I’d set myself: that everything would have to be revealed through this very limited consciousness. At this point, I actually did experiment with the narrative voice quite a bit. I wrote several passages in third-person, and for a long time moved back and forth between past and present tense. But I always found myself coming back to the first-person and to the present – it was just the way the voice sounded to me; other perspectives didn’t feel true to Simon’s experience. I was always aware that there would be a tricky balance in this book between withholding information and obscurity. It was a very gradual evolution. A lot of the editing, after I had a working draft, was focused on opening the world up, creating more toe-holds for the reader. I had learnt the world so gradually and knew it so well that I had ceased to fully grasp its difficulties for an outside reader – this is where the eye of readers like my agent and editor was invaluable.

The divide between the majority of the population and the ruling elite in the novel appears to echo the one we’re seeing in several countries at the moment; did you intend that to be the case?

To be honest the world of the Chimes wasn’t intended to reflect any specific existing political scenario. Rather I’m interested in how certain, fairly fundamental, human impulses might reveal themselves if they were pushed to an extreme, extrapolated outwards on a mass scale. I think we all have the capability to privilege the work our mind does, and treat our physical self as a sort of adjunct, a tool. To me there’s a danger in this – the mind begins to view the body as an impediment, a site of mess or danger. The intensity of making art, or scholarship, seem to invite these extremes. The ideas behind the Order were really an extension of this. But, of course, I think there are real-world overlaps – the distinction between spirit and physicality is a common theme in religion, and when it’s repressed the body often seems to return as a form of threat.

You trained as a concert violinist before doing your MA in Creative Writing; does your background as a musician help you as a writer?

My relationship with music has shaped pretty much everything I’ve done since, and very much my sense of the world and how I fit into it. This isn’t quite the same as a specific musical influence on my work. It’s more that, in pursuing a path like that from an early age, with a certain level of intensity, one’s identity becomes entangled with it in a very fundamental way. So, even when I left musical training, I felt very much defined by this break, and by the absence of this goal I’d had for so long. Drawing a direct link between my musical background and my writing is harder. I tend to hear rhymes and rhythms in words quite prominently, I think. Certain sounds act on my ear in a similar way to open strings on a violin – they set up a certain kind of vibration. I found this tendency can actually be a drawback in writing prose at times – sonorities and pleasing sounds can pull you away from some of the other functions that prose has to perform in fiction. I do think the ability which a musician trains for (which I’m rusty in) of holding a long piece of music in your head, so you can potentially understand how a single phrase sits against the bigger context of its development – that’s a pretty solid training for the broad fictional tasks, too.

I love your blog and the idea behind it, by the way. I never really thought about gender as a reader when I was growing up – I was a pretty androgynous reader and tended to identify with both male and female characters, as with male and female authors – but I’m increasingly grateful for things like this blog – it’s an important redress to what’s an often unthinkingly skewed balance.

My first loves as a reader were Rosemary Sutcliff, K.M. Peyton, Cynthia Voigt, Katherine Paterson, so I feel they should really be on this list. I love and always re-read Virginia Woolf and George Eliot, Jean Rhys, Marilynne Robinson and Janet Frame. I’m also a big fan of the New Zealand novelist Pip Adam. I’ve just discovered Elena Ferrante, and am thoroughly enjoying the knowledge that there’s a huge body of work out there to read my way through!

Thanks to Sceptre for the review copy and to Anna Smaill for the interview.