Thanks to everyone who said such lovely things last week after I lost the In the Media post and to everyone who offered suggestions to stop it happening again. I think I have a solution and it seems to have worked well this week.

The morning after last week’s last minute loss, I realised that all was not entirely lost; all the articles I’d linked to that hadn’t saved were in my laptop history, so I recovered the remainder of last week’s post (apologies if you received an email with a half-done post in it, it posted when I retrieved it) and relinked all the articles, then added this weeks. The result of that is this bumper issue. Enjoy!

This week saw the death of Colleen McCullough, author of The Thorn Birds, as well as 23 other books, and a neuroscientist. Steve Dow remembers her in The Guardian; Alison Flood gave her tribute with ‘Colleen McCullough’s The Thorn Birds helped me get over heartbreak‘ also in The Guardian, and in response to that obituary (I’m not linking to it) Rebecca Shaw wrote ‘We’ll celebrate a woman for anything, as long as it’s not her talent‘ in The Guardian while Liz Kearney responded with ‘You may be a best-selling writer, but never forget that you’re still fat and ugly‘ in The Irish Independent. 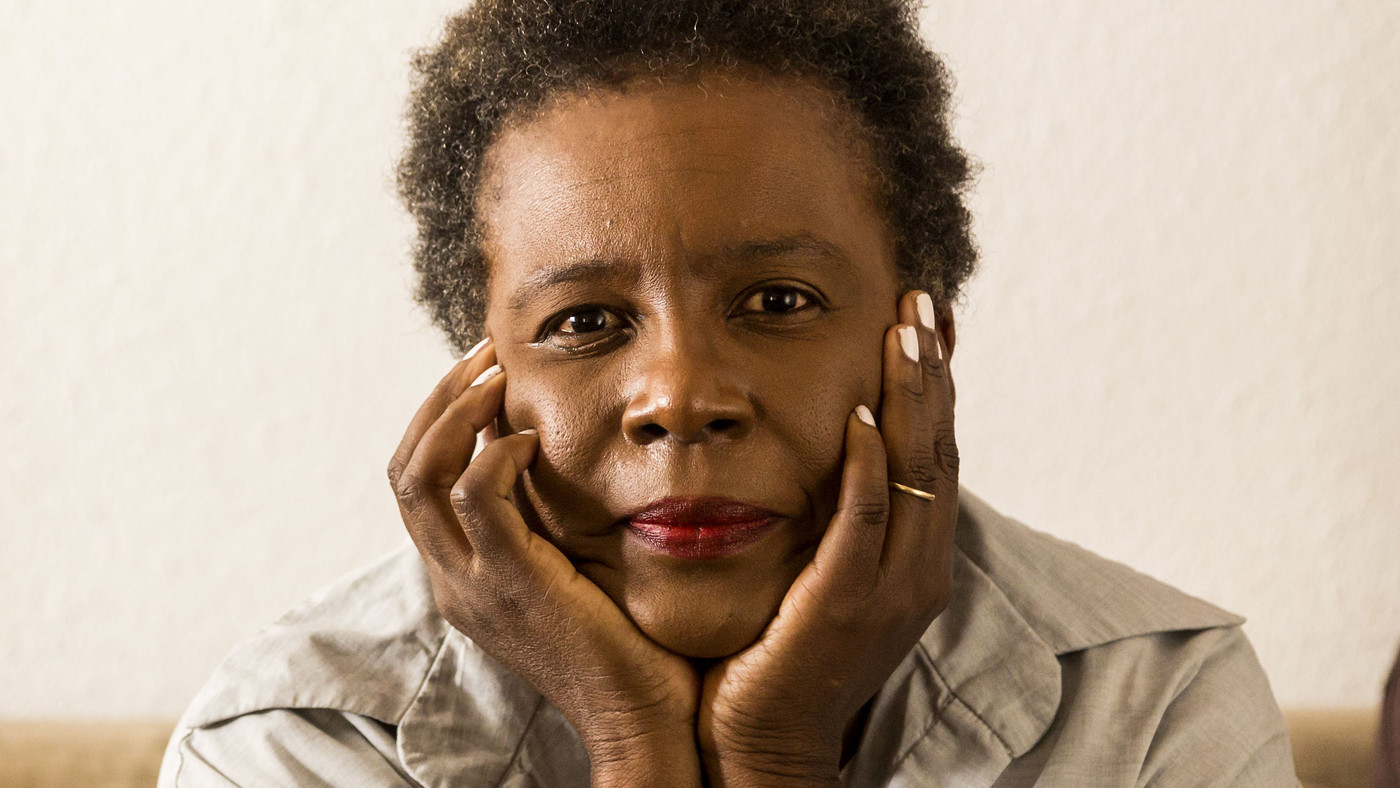 It’s been a fortnight filled with awards. Last week, Claudia Rankine became the first person ever to be nominated for two National Critics Circle Awards in the poetry and criticism categories; her editor tells The Washington post why she’s a ‘genius’ and Jonathon Sturgeon tells us why the double nomination is ‘the correct decision’ on Flavorwire;  While Jhumpa Lahiri won the DSC Prize. Here’s ‘Six things you should know about Jhumpa Lahiri’s The Lowland’ on Scroll.in

This week, it’s been the turn of the Costa Awards. Helen Macdonald won the overall award for the fantastic H is for Hawk. Here’s an interview she gave to The Times last week; you can watch her talking about the book here; you can listen to an audio excerpt and read her piece ‘On Ringing Wild Goshawks’ on Vintage Books, and discover the six books that made her in The Guardian. You can also watch the short films made of the other finalists: Emma Healey; Kate Saunders; Ali Smith. Zoe Gilbert won the Short Story Award with Fishskin, Hareskin. With Joanne Meek, Lucy Ribchester, Jane Healey and Paula Cunningham also shortlisted. You can read all the shortlisted stories here (scroll to the bottom of the page).

Other exciting news for female writers is the launch of #ReviewWomen2015, following the success of the #ReadWomen2014 campaign. Hannah Beckerman explains why she wants more books by female writers, especially commercial fiction, to be reviewed in the broadsheets in the Huffington Post. Anne Enright became the first Laureate for Irish Fiction in a unanimous decision and in China came the discovery of a new poet, ‘dubbed China’s Emily Dickinson‘, Want China Times reports on Yu Xihua.

There’s been a wave of feminist articles this fortnight, partly thanks to The Sun newspaper appearing to stop publishing pictures of topless women on p3 and then declaring it a joke by the middle of the week. Sarah Ditum wrote, ‘The “return” of Page 3: the Sun revels in the chance to make women with opinions look stupid‘ in the New Statesman; Marina Hyde responded with, ‘No more t*ts in the Sun – a campaign we can all get behind‘ in The Guardian. Elsewhere, Sophie Heawood wrote, ‘If Björk can’t stop a man stealing the limelight, what hope is there for the rest of us?‘ in The Guardian; Eleanor Catton wrote a statement on her website following a media furore in New Zealand about comments she made about the government; Louise O’Neill related, ‘My journey to feminism‘ in The Guardian; Elisabeth Camp asked ‘Should I let my daughter wear pink?‘ in Aeon; Jami Attenberg recounted her time passing as a man, ‘Track Changes‘ in The New York Times; Bayan Perazzo wrote ‘The Burden of Being Female in Saudi Arabia‘ on Muftah; Rose George declared, ‘My period may hurt: but not talking about menstruation hurts more‘ in The Guardian; Arabelle Sicadi wrote, ‘A Bridge Between Love And Lipstick: Queering the beauty industry‘ on Buzzfeed; Jeanne de Montbaston responded to an Alison Wolf article (link in the piece) with ‘What the Hell kinds of Feminists are you Reading, Alison Wolf‘ on Reading Medieval Books; Lucy Magan says, ‘Let’s Silence the Voice That Tells Us We Can’t‘ in Stylist; Marina Sofia looked at the new Barbie Princess Power on her blog; Rebecca Carroll wrote, ‘I was six when a man first touched me. I didn’t speak up until I was an adult‘ in The Guardian; Jia Tolentino wrote, ‘Rush After ‘A Rape On Campus’: A UVA Alum Goes Back to Rugby Road‘ on Jezebel; Homa Mojtabai listed ‘Reasons You Were Not Promoted That Are Totally Unrelated to Gender‘ on McSweeney’s; C M Meadows-Haworth, ‘Reading Audre Lorde Is Changing My Life‘ on A Room of Our Own; Chika Unigwe wrote, ‘Why Nigeria is failing its citizens over Boko Haram attacks‘ in Litro; Maddie Crum told us ‘Why Virginia Woolf Should Be Your Feminist Role Model‘ on Huffington Post; Brandi Bailey selected ‘The Best Feminist Picture Books‘ on Book Riot, Monique Wilson said, ‘Critics of the Vagina Monologues must acknowledge its transformative powers‘ in The Guardian, Alison Flood told us ‘Why I hate the Little Miss books‘ in The Guardian, Sarah Ditum also told us, ‘I ain’t afraid of no girls: why the all-female Ghostbusters will be good for Hollywood‘ in the New Statesman; Max Cairnduff wrote, ‘Looking back on #readwomen2014 and my favourite reads of the year‘ on his blog; Hannah Renowden shares, ‘2015 – When I got angered by a reading list so read it. Also, crochet.‘ on her blog, and Isabel Rogers read and took down Mike Buchanan’s Justice for Men and Boys (and the women who love them) Party Election Manifesto on her blog.

And a number about class following James Blunt’s open letter to Chris Bryant. Sarah Perry responded with, ‘James Blunt has misunderstood the relationship between privilege and success‘ in The Independent and Suzanne Moore with, ‘What James Blunt doesn’t understand about the politics of envy‘ in The Guardian. Other issues surrounding class were covered by Lisa McKenzie, ‘The estate we’re in: how working class people became the ‘problem’‘ in The Guardian; Lucy Mangan, ‘If you don’t understand how people fall into poverty, you’re probably a sociopath‘ also in The Guardian; Nicola Morgan asked, ‘Why fund libraries when it’s all online?‘ on An Awfully Big Blog Adventure; Harriet Williamson said, ‘Every time I visit the job centre, the staff treat me like a subhuman‘ in the New Statesman; Grace Dent said, ‘When rents are so high that you have to share a bed with a stranger, surely the revolution can’t be far off‘ in The Independent, and Kathryn Hughes wrote, ‘Yes, Kirstie Allsopp, littering’s bad. But then so is self-righteousness‘ in The Guardian