Thank you for the great response to our Unsung Female Writers (Part One) post. Today, we’ve got the rest of the list for you consisting of mine and Antonia’s choices. Let us know what you think of our picks and whether there’s anyone whose writing you love who isn’t on either of our lists.

Antonia Honeywell is a writer whose debut novel The Ship will be published in February 2015. She blogs each month about the journey towards publication and is a keen reader of literary prize lists – you can read her thoughts on the Bailey’s Prize and the Man Booker Prize on her website.

Gee’s thirteen novels span a vast range of subjects and settings; her work defies categorization by genre or concern. What her novels have in common, though, is a clear-sighted, unsentimental generosity about humanity and its place in the natural world. Her characters’ opinions of themselves are dissected with honesty and compassion, and this ability to create empathy where there is not necessarily sympathy is one that deserves wider recognition. Gee has a comic touch too – in her latest novel, she brings Virginia Woolf to modern-day Manhattan. Her memoir, My Animal Life, is a must-read; in novels, begin with The White Family (contemporary) or The Ice People (speculative future) and take it from there.

Stella Duffy is a powerhouse of energy. She’s published fourteen novels, several plays, she acts, she is a vocal champion of equal marriage and is the drive behind the Fun Palaces project (inspired by Joan Littlewood); she’s had cancer and written eloquently of her distaste for the language of battle that’s often used in relation to it. This concern for honest language permeates her novels – The Room of Lost Things, my suggested starting point, is London. Not the monuments and icons we’d all recognize, but the vibrancy and squalor of a life lived rather than a life created.

If I ever have reservations about Twitter, I only have to think of the book chat it’s introduced me to and the writers I’d never heard of before I joined. I wonder how I’d have found Marika Cobbold’s writing if I’d never * butted in * on an exchange that started with Disney princes and carried on with the toads in my cellar lightwell, culminating in a photo of Rufus Sewell. Such frivolous humour led me to Tea With Guppies, a beautifully-observed exploration of aging, of dignity, of relationships between old and young. Cobbold’s latest novel is Drowning Rose. Witty, sharp and rewarding. 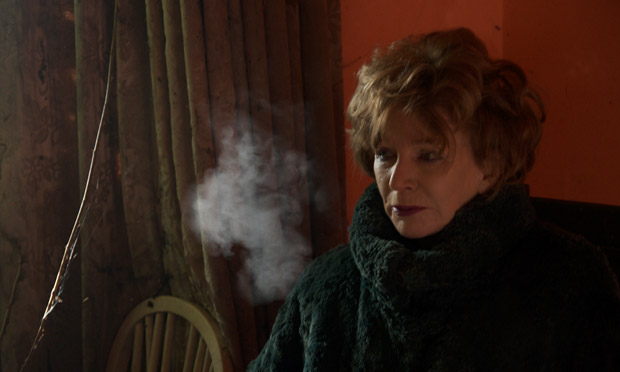 Now in her 80s, Edna O’Brien has published twenty one works of fiction since The Country Girls (1960) was denounced and burned in her native Ireland for its open discussion of matters moral and sexual. She had already made her home in London, but remains an honest and precise dissector of the consequences of a repressive society on the life of its citizens. Down by the River (1996), for example, takes as its subject a teenage rape victim seeking an abortion. The Country Girls remains a relevant and fresh read and a fine starting place to explore the work of this prolific, fierce and assured novelist.

Dorothy L. Sayers wrote detective fiction. Detective fiction is genre fiction, and genre fiction rarely makes it onto the literary prize lists. But by dismissing genre fiction, readers dismiss some truly excellent writing. This is as true now as it’s ever been (see also Kate Atkinson). Sayers’ stories are masterclasses in creating character with a few deft strokes; in conveying emotion through a simple action; in using dialogue; in effective use of description. Sceptics should start with the short stories (Lord Peter Views the Body). Murder Must Advertise or Strong Poison would be a good place to start the novels.

And my choices are:

Galloway might seem like an odd choice for a list of unsung writers to some – she’s won a number of awards and her debut The Trick Is to Keep Breathing is considered a Scottish contemporary classic. However, the big prizes and sales seem to have alluded her whilst her contemporary Irvine Welsh has gone on to worldwide fame and acclaim. Galloway has written three novels, two short story collections and two memoirs. She observes ordinary life, describing it through vivid and often disturbing imagery. Where to start with her work would depend on your preference: for novels, The Trick Is to Keep Breathing; for stories, Blood, for memoir, This Is Not About Me.

Another Scottish writer who’s won a number of awards but not the popular recognition she deserves. A poet, novelist, short story writer, memoirist and playwright. She’s also a wonderful performer of her own work. Adopted by a Scottish couple as a baby, her memoir Red Dust Road is the story of her search for her birth parents – a Scottish mother and a Nigerian father. It’s a great introduction to her work. Alternatively, you could start with her novel Trumpet, inspired by the life of American jazz musician Billy Tipton who was born Dorothy and lived as a man for fifty years. The book begins as Joss Moody (the Tipton inspired character) dies and his adopted son discovers the truth about his father’s identity.

In contrast to the previous two writers, Vickers has never won an award for her books – something I’ve checked several times via a variety of sources, so astonished was I to discover this. She’s the author of seven novels and a short story collection. Her work is often inspired by art – her debut Miss Garnet’s Angel features the Guardi panels in the Chiesa dell’ Angelo Raffaele in Venice – and includes a magical element. However, it is her work as a psychoanalyst that allows her to create characters with such considered inner lives whilst maintaining a seemingly effortless style of writing. Her aforementioned debut is a good place to begin, or with my personal favourite Mr Golightly’s Holiday.

Evaristo is the author of seven novels, several of which blend prose and poetry. Her writing is musical and rhythmic. She explores a variety of experiences through her work, including her own family’s mixed heritage in the verse novel Lara and the black experience in Europe through the ghosts of Pushkin’s great-grandfather and Mary Seacole, amongst others, in Soul Tourists. She was a recent winner of the Jerwood Fiction Uncovered Prize for her wonderful novel, Mr Loverman, about a 74-year-old African Caribbean man who comes out after decades of hiding his relationship with his lover. Barrington Jedidiah Walker’s story is my suggested starting point. 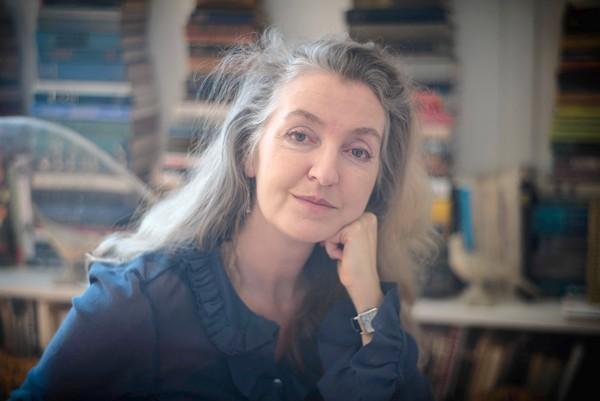 Writer, historian and activist, Solnit is an essayist and long form non-fiction writer. She’s covered topics as diverse as nuclear testing, Eadweard Muybridge and high-speed motion photography, activism, prison, altruism from disaster, the creation of stories and walking. Her essay ‘Men Explain Things to Me’, which led to the coining of the term ‘mansplaining’ will be published in a book later this year alongside essays on marriage equality and violence against women. That essay or her book A Field Guide to Getting Lost, which explores how we can steep outside of our comfort zones – both physically and mentally – would be good introductions to her work.

Huge thanks to Ali, Susan and Antonia for their contributions.