Women have been dominating the prize wins for the past fortnight. Hollie McNish won the Ted Hughes Prize and Kiran Millwood Hargrave won the Waterstones Children’s Book Prize with The Girl of Ink and Stars.

This fortnight’s seen a number of prize lists announced. The big ones for women writers are the Baileys Women’s Prize for Fiction longlist and the Stella Prize shortlist.

Chimamanda Ngozi Adichie’s comments on trans women have prompted a number of responses.

People have been telling me since I was a little girl that I was too fervent, too forceful, too much. I thought I had harnessed the power of my own strength and greed and love in a life that could contain it. But it has exploded.

You may be aware of Ariel Levy and, therefore, why this memoir is a big deal. Levy is a staff writer at The New Yorker and in 2013 wrote a piece called ‘Thanksgiving in Mongolia’. It’s one of the most powerful pieces I’ve ever read and went on to win the National Magazine Award for Essays and Criticism in 2014. The Rules Do Not Apply grew out of that piece.

Levy had it all: a great job, a wife, a baby on the way. And then she was left with just the job, her personal life in ruins. This is the story of how that happened.

Unpopular as a child because she preferred to pretend to be an explorer than play house. She was also ‘domineering, impatient, relentlessly verbal, and, as an only child, baffled by the mores of other kids’.

She loved books and became a journalist after deciding to write a story about a nightclub for obese women in Queens and presenting it to the editor at New York magazine where she was an assistant. The story gave her the focus for the journalism she wanted to produce:

I was writing about an unconventional kind of female life. What does it mean to be a woman? What are the rules? What are your options and encumbrances? I wanted to tell stories that answered, or at least asked, those questions.

If you’re looking for confidence, Levy has it by the bucket load.

But there was one area of life she was unsure about:

To becomes a mother, I feared, was to relinquish your status as the protagonist of your own life. Your question was answered, your freedom was gone, your path would calcify in front of you. And yet it still pulled at me. Being a professional explorer would become largely impossible if I had a child, but having a kid seemed in many ways like the wildest possible trip.

The Rules Do Not Apply combines three strands of Levy’s life: how her journalism evolved to the point where she was offered a position at The New Yorker; her marriage, including her wife’s alcoholism and Levy’s affair; the lengthy debate over whether or not to have a child and her subsequent pregnancy.

What’s most striking about the memoir is Levy’s apparent honesty; no one comes out looking great, least of all Levy herself. But this is not a misery memoir, rather it is the story of those women who ‘were given the lavish gift of our own agency by feminism – a belief that we could decide for ourselves how we would live, what would become of us’.

Levy’s aware of her own privilege but is stunned to discover that it won’t protect her from all of life’s sorrows and hardships. She is ill-equipped to deal with them and the memoir appears to be her attempt to come to terms with this. By writing her story, she wrests back control.

Daring to think that the rules do not apply is the mark of a visionary. It’s also a symptom of narcissism.

Levy’s prose is crystal clear and never mawkish, although there are many points in her story where a lesser writer would’ve descended into the sentimental. What I found most interesting – and surprisingly endearing – is the degree to which Levy, the protagonist, could be described as ‘unlikeable’ (by people who are wont to do so). The quotation I headed the review with – that she was too much, even as a child – says more about society’s views of girls and, ultimately, women than it does about Levy herself. That she owns this, writes unabashedly about it, is a triumph of its own.

The Rules Do Not Apply is a gripping, multi-layered, non-fiction narrative about a woman coming to terms with the limits of her own agency. It’s a book that ought to contribute to a change in the way we view women.

Thanks to Fleet for the review copy. 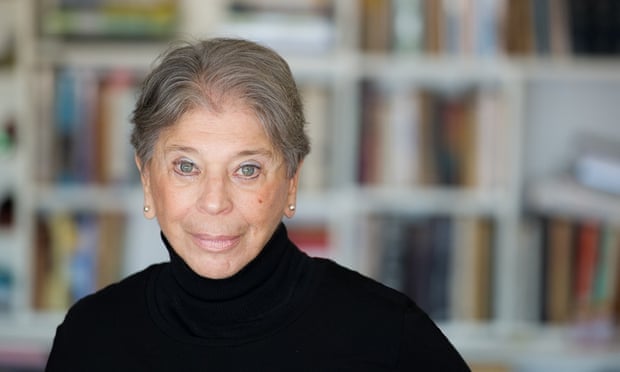