I lift my skirt, pull aside the waistband of my underwear, and push my index finger in to test the sample.

The seller’s eyes go wide. The maple tree’s branches and sparse leaves splash shadows over his face, the whites of his eyes flash, and I can see his Adam’s apple as he swallows.

Vanna/Vera is a chilli addict, a banned substance which she buys from dealers who advertise using a covert system of keywords and pictures.

As well as including chillis on their banned substances list, Finnish society has divided women into two groups: Elois and Morlocks, terms taken from H.G. Wells’ The Time Machine. Elois or femiwomen are allowed to reproduce. There are dedicated ‘to the overall advancement of the male sex’. Morlocks or neuterwomen are excluded from reproducing and made to do routine work tasks. These are intelligent women who might disrupt the status quo; they are supressed by sterilisation and drudgery.

Vanna/Vera is an unusual woman; thanks to her quick-thinking grandmother, she is a Morlock disguised as an Eloi. Vanna is her Eloi name – all Eloi names end in ‘na’ – but she maintains her original name in the hope that one day she’ll be able to use it again. She has a boyfriend, Jare, in name only. Essentially, he protects her identity and ensures that she sources enough chilli for her needs. Her need for chilli is linked to Vanna/Vera’s other desire: to find her sister, Manna. Manna’s been missing for some time, having disappeared from her and Vanna/Vera’s childhood home where Manna was living with her husband, Harri. Despite there being a grave for Manna, Vanna/Vera’s convinced she’s still alive and is determined to find her. However, dealing with her disappearance often leads Vanna/Vera to what she terms ‘the cellar’:

The door to the cellar is in the back of my head.

Sometimes the door to the Cellar is made of solid steel with clunking metal bolts and rusty, creaking hinges – heavy. Sometimes it’s made of rotten wood, sometimes gauze that flutters in the wind. Sometimes there’s no door at all, and the ice-cold wind blows out of it.

At the bottom of the Cellar, dark, ominous water splashes. It seeps out of openings the size of molecules through walls sealed with nuclear fire. I can bear the black wind, the merciless mist, but when the deep water starts to lap at the threshold of the Cellar and threatens to flood the rooms in my head, I know how close I am to drowning.

During the first half of the novel, Vanna/Vera writes to Manna, recounting moments from their childhood and revealing to the reader the depth of their grandmother’s deception. It also details how Jare came into Vanna/Vera’s life and the problems this caused them. As a device, this could grate but Sinisalo uses it as a way for Vanna/Vera to work up to and through the reasons her sister might have disappeared. The letters are never intended to be sent. Sinisalo also interweaves definitions, a re-written fairytale and extracts into the text in order to world build while keeping the focus on Vanna/Vera and the chase for chilli.

In the second half of the book, the chase becomes more significant as Jare meets a group of Gaians who are farming fresh chilli and are on a quest which might offer both Jare and Vanna/Vera a means of escape.

The Core of the Sun is an engaging tale of two female siblings divided by a patriarchal society and a quest for the ultimate high. The Handmaid’s Tale meets Breaking Bad.

Thanks to Grove Press for the review copy. 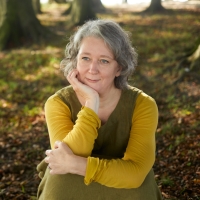 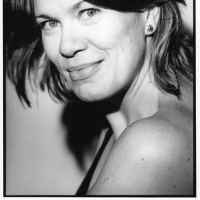 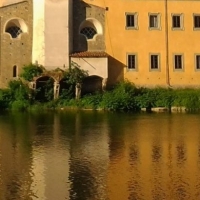