When Emma Brockes’ mother died, Brockes decided to find out about her mother’s past, a past that had barely been touched upon while her mother was alive.

I knew she had emigrated to England from South Africa in 1960 and, in the intervening years, had been back twice. I had met none of her seven siblings and could name probably half of my sixteen first cousins…When she was in her mid-twenties, she said, she’d had her father arrested. There had been a highly publicized court case, during which he had defended himself, cross-examining his own children in the witness box and destroying them one by one. Her stepmother had covered for him. He had been found not guilty.

Once, Brockes’ mother had tried to tell her about her childhood: “My father was a violent alcoholic and a pedophile who…”. At this point Brockes had burst into tears and until her mother knew she was dying, it was never spoken of again. Except it was; it was inherent in the way Brockes’ mother worried about her, telephoning her as an adult to say that she dreamed she was snatched in the night, telling her not to get kidnapped, raped or murdered when she popped to the shops. 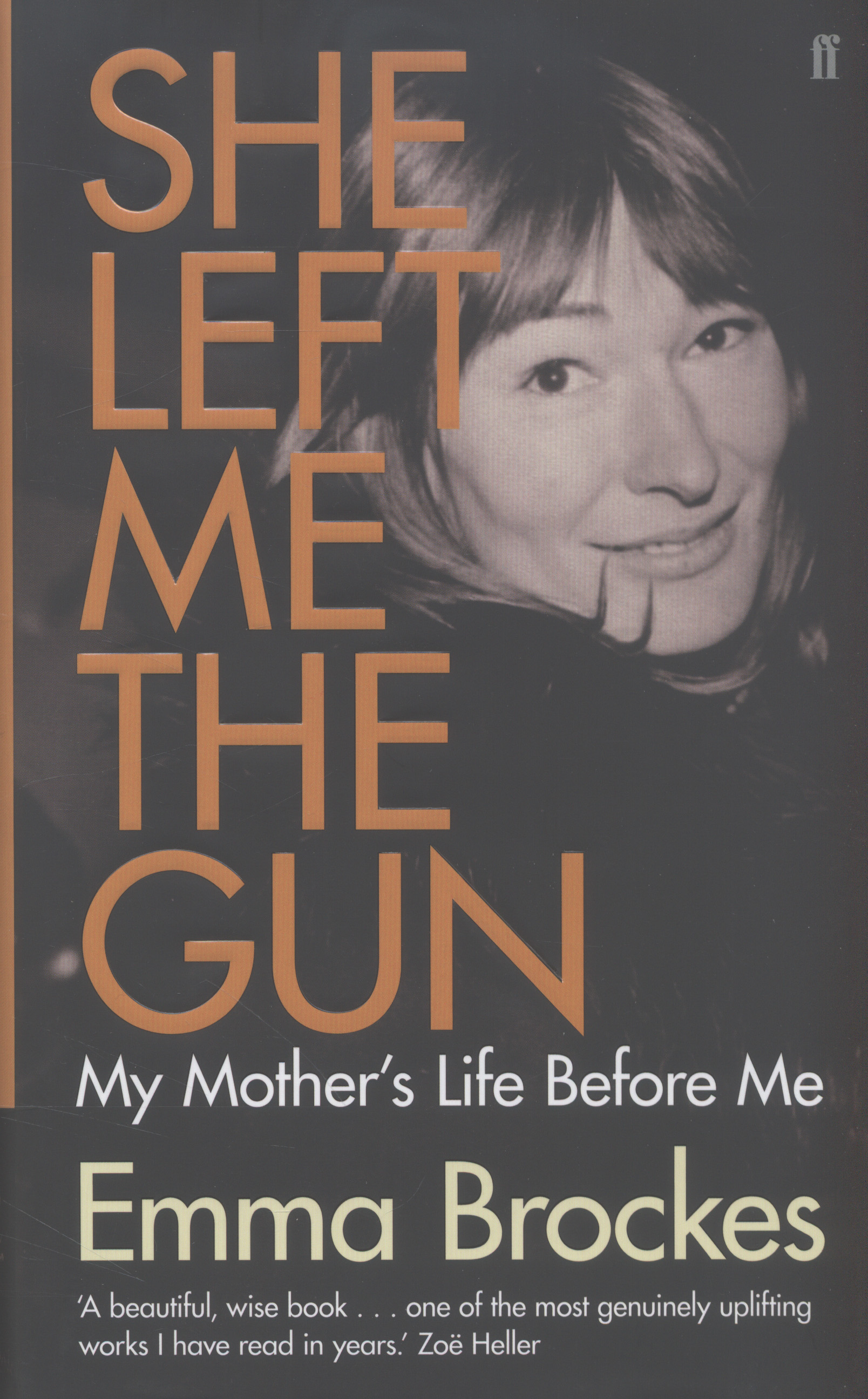 One of the things most evident in She Left Me the Gun is the love between mother and daughter. Brockes’ mother hasn’t told her the details of her father’s (Brockes’ grandfather’s) behaviour in order to protect her from an aspect of her family’s past:

An enormous effort went into maintaining this idea she had of herself, and of me, and there were times when I thought I could see the mechanism at work. It had a hint of the burlesque about it, all her positive thinking. As a child, it annoyed me. “OK, OK,” I thought, “I get it.” Her genius as a parent, of course, was that I didn’t get it at all. If the landscape that eventually emerged can be visualized as the bleakest thing I know – a British beach in winter – she stood around me like a windbreak so that all I saw was colours.

And Brockes, discovering this through researching and writing the book, has written a tribute, a love letter, to her mother. However, to do so, she had to position herself in exactly the sort of risky situations that gave her mother sleepless nights.

She travels to South Africa to meet her mother’s side of the family. Her journey and the people who populate it show the varying reactions of those who’ve been abused or have witnessed abuse – from denial to a need to study subjects that might highlight potential motives – and the impact it seems to have on their adult lives.

She Left Me the Gun is a brave book which considers a taboo subject without casting judgment on those affected. Brockes’ mother’s story is interesting and complex one and Brockes does it justice through a book that combines travelogue and memoir. Well worth a read.

Thanks to The Penguin Press (USA) for the review copy.