‘I say to myself: where there is light, there will be shadow as well. There will always be darkess, and we must accept this.’

A Boy in Winter takes place over three days in the Ukraine in 1941. It follows several characters as the SS move into a small town and begin rounding up Jews. 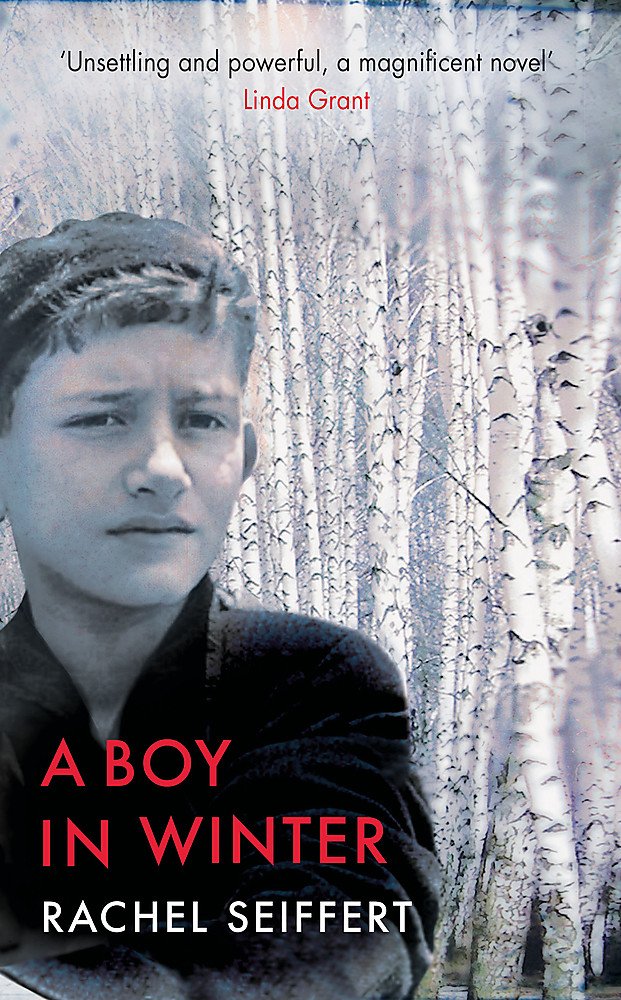 Otto Pohl has chosen to work for the Nazis, against his wife’s wishes. An engineer, Pohl decided that building a road was preferable to fighting for Hitler, a man Pohl and his wife are convinced will lose.

The novel begins with Pohl watching the SS searching for Jews at first light.

They are ordered to stand.

They are ordered to run.

They are herded; they are herded – Pohl can find no other word for it. Three soldiers behind them, even more ahead, the two old people are run down the cobbled street.

He can’t leave the town and get to work quickly enough that morning. But soon he’s forced to realise his complicity in events and has to make a decision as to whether or not he continues to be part of the regime.

Yasia is a young, local woman who lives and works on her father’s farm. Initially, she’s a reminder that the Ukraine have had years of occupation by this point in time:

‘Ten years,’ her papa told his children. ‘But this is the worst one.’

All the collectives in the district had been told to bring in the harvest, though it was barely July. They were to work day and night, if need be. Or destroy the crop: pour paraffin on the fields and burn them. Leave nothing for the Germans.

‘What have the Germans done to us, I ask you? It’s the Communists I’d set fire to,’ her papa declared. ‘I’d walk away and leave them burning.’

Yasia has her own reason to hate Stalin, her husband-to-be, Mykola, was drafted into the Red Army. On his return, Yasia’s father refused to allow them to marry because Mykola’s family couldn’t afford to keep her. When the Germans arrive, Mykola signs up to work for them so he can earn money to maintain his family’s farm, leaving Yasia once again.

Connecting these characters are two young boys who’ve disappeared. On the factory floor where the town’s Jews are being kept, Ephrain and his wife, Miryam, watch the doors waiting for Yankel and Momik to arrive. Ephrain knows that wherever the boys are hiding, there will be trouble once they’re found.

Seiffert explores the choices people make in wartime, the compromises and the rash decisions. The strength of the novel lies in its grey areas. Neither of the main characters are straightforwardly good or bad, both have to confront unexpected situations which could lead to devastating outcomes for those involved. It’s impossible to read a book set in the World War II without a sense of dramatic irony and Seiffert uses this to good effect.

A Boy in Winter is an unsettling look at a horrendous situation. Unflinching but not without hope.

2 thoughts on “A Boy in Winter – Rachel Seiffert”