Landyn and Vale Midwinter are a father and son united in grief but unable to communicate their thoughts and feelings to each other.

Ten years previously, Landyn had uprooted the family from Suffolk and taken them to Zambia. Money was tight and an advertisement titled ‘Farmers Wanted for a New Life in Africa’s Fertile Bread Basket’ seemed like a new start, a last chance to make a success of himself and provide for his family. What he couldn’t have anticipated was that the venture would result in the death of his wife and Vale’s mother, Cecelia. 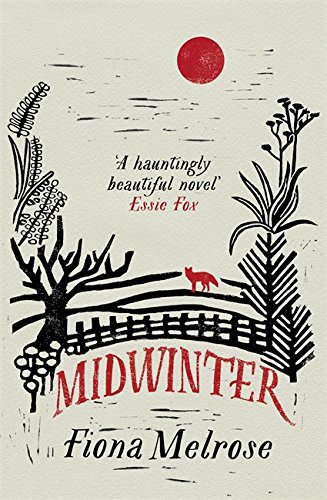 The family’s time in Zambia is told in flashbacks between the story of Landyn and Vale’s current life in Suffolk. The novel begins as Vale and his friend, Tom, try to make their way through cold water, drunk and in the dark, to the boat they’ve stolen.

Nothing prepared us and we lost each other just as soon as we hit the water. The gully beat us and beat us again. I was just struggling to breathe. Then I heard Tom choke and rasp, and suddenly felt a huge weight. I thought I was dying then, but I kept fighting. And I still don’t know why.

Vale has to deal with the consequences of the night’s events, consequences that will force him to confront the death of his mother too. But Vale’s a young man and he doesn’t know how he feels, never mind what to do with these feelings:

Sometimes I just got angry when I should have been worried or upset. It was like I only knew one way to feel stuff. Ma would have asked, ‘What is it you’re really feeling love.’ And then I would realise I was sad or mostly, afraid. Afraid of all kinds of things, like looking stupid or failing at something. I tried to ask myself questions that Ma would ask but it wasn’t the same. She would have taught me to find a way through.

The novel’s narrated in alternate chapters by Vale and Landyn. Melrose uses this to show us the similarities between the two characters and explore why they’re finding it so difficult to communicate. The answers to this lie in the circumstances of Cecelia’s death – circumstances for which Vale blames his father – and in the unspoken, longstanding masculine code which prevents men from sharing their feelings with each other. These two things create the tension which runs throughout the book and which spills over into violence at several points.

The events of the novel are played out against the landscape, whether in Zambia or in Suffolk. Melrose treats nature as an additional character using the water, the land and the animals to place the reader in the natural world and show us how the characters relate to it. This becomes particularly pertinent in the case of Landyn who is haunted by a vixen he believes is Cecelia:

If you don’t crave the thing that stalks you it’s just a thing, or a person or a fox, maybe, because it has no meaning. What a haunting is, though, is all your longing for someone in a shape you can wrap your brain around. So we allow the thing that haunts us to take up home with us and then, the magic happens.

If you’re interested in discovering more about Midwinter, I’ll have an interview with Fiona Melrose up tomorrow.

Thanks to Corsair for the review copy.