In the Media is taking a break over the summer and will return mid-September. (This is for a number of personal reasons.) Thanks to everyone who reads and shares the round-up and articles from it every fortnight and to all those fantastic women writers whose work I have the privilege of sharing.

The news has moved so quickly the past fortnight that I’ve struggled to keep up. Right now there’s nowhere to begin but with Brexit. Huge amounts of commentary: Lynsey Hanley, ‘Divided Britain‘ in The LRB; Zoe Williams, ‘Nigel Farage’s victory speech was a triumph of poor taste and ugliness‘; Emily Tierney, ‘‘I Bregrexit’: I voted for Brexit – and now I realise what a terrible mistake I made‘ in The Independent; Jeanette Winterson, ‘We need to build a new left. Labour means nothing today‘ in The Guardian; Carol Ann Duffy, ‘Poets on tour: ‘the UK has been torn in two like a bad poem’‘ in The Guardian

And concerns from women of colour: Lola Okolosie, ‘These are scary times for people of colour. It’s time for a big conversation‘ in The Guardian; June Eric-Udorie, ‘Thanks to Brexit, I’m afraid to be a young black woman in Britain‘ on Fixit; Bridget Minamore, ‘Was the EU a rare “safe space” for a young woman of colour?‘ on The Pool; Bim Adewunmi, ‘Why Brexit Has Broken My Heart‘ on Buzzed; Anita Sethi, ‘On being a brown-skinned Brit in a post EU referendum world‘ on The Pool; Maya Goodfellow, ‘“I’ve never felt less welcome in this country”‘ on Media Diversified; Chimene Suleyman, ‘I am the proud child of an immigrant and I have experienced hate and racism this week‘ on The Pool; Joy Goh-Mah, ‘Why calls for Londependence display not elitism, but a deep-seated fear‘ on Media Diversified.

The week before the vote, MP Jo Cox was murdered on her way to her constituency surgery. Lucy Powell, ‘My friend Jo Cox was a force of nature. We must serve her memory well‘ in The Guardian; Doreen Lawrence, ‘Honour Jo Cox by meeting division with compassion – and anger with love‘ in The Guardian; Marina Hyde, ‘So Britain, are you ready to enter the United Kingdom of Ukip?‘ in The Guardian; Laurie Penny, ‘Britain’s Breaking Point‘ in the New Statesman; Chimene Suleyman, ‘Britain has confused social sociopathy for economic debate‘ on Media Diversified; Polly Toynbee, ‘The mood is ugly, and an MP is dead‘ in The Guardian.

Prior to this there was the attack on LGBT nightclub Pulse in Orlando. Eleanor Margolis, ‘After the Orlando attack, Pride matters more than ever‘ in the New Statesman; Olivia Laing, ‘On the Orlando shooting and a sense of erasure‘ in The Guardian; Tanya Byrne, ‘“I am a lesbian,” I told my brother after Orlando‘ on The Pool; Rebecca Traister, ‘After Orlando, It’s Clearer Than Ever: This Election Is a Civil War‘ in The Cut; Morgan Cohn, ‘What the Orlando Nightclub Pulse Meant to Me As a Queer Teen‘ on The Cut; Una Mullally, ‘Orlando killings are an attack on all LGBT people‘ in The Irish Times; Gaby Hinsliff, ‘Orlando, and how radical Islamist beliefs, irresponsible gun laws and homophobia came together‘ on The Pool.

In the aftermath of both shootings, poems went viral on social media: Katy Waldman, ‘“Good Bones” Poet Maggie Smith on Watching Her Poem Go Viral in the Wake of the Orlando Shooting‘ on Slate; Charlotte Runcie, ‘Jo Cox and Philip Larkin’s The Mower: why internet mourners turn to poetry‘ in The Telegraph.

In happier news, women have been dominating the prizes again. Lisa McInerney clocked up a second win for The Glorious Heresies with the Desmond Elliott Prize. She’s interviewed on The Pool. Sarah Crossan added the Carnegie Medal to her haul for One. Margaret Atwood was awarded the PEN Pinter Prize; Claire Fuller won the Royal Academy and Pin Drop Short Story Award 2016, Abiola Oni was announced as the winner of the BAME Short Story Prize and female poets dominated the Forward Prize poetry shortlists. 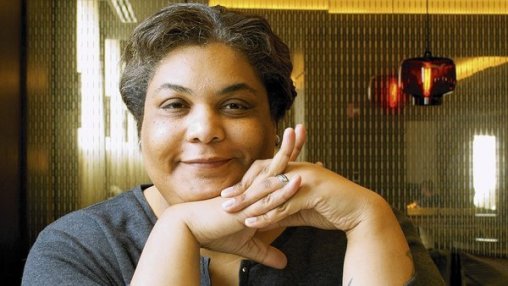