The House at the Edge of the World – Julia Rochester 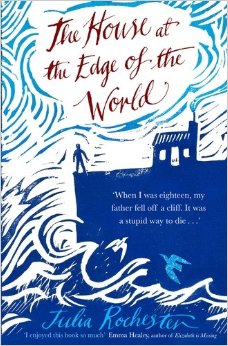 The book begins with the death of the narrator’s father: when she was eighteen, he fell off a cliff. He was pissing into the chine at Brock Tor on his way home from the pub and fell headlong drunk into the spring tide with his flies open. The novel then moves to discuss the narrator’s grandfather, Matthew (who, inexplicably, everyone refers to by his first name), how he came to own the land their house is built on and what he spends his days doing: mostly painting an enormous map. The book meanders through the family’s story – the mother, who is vile and the narrator, Morwenna, and her twin brother, Corwen, who are also vile. Eventually they start to wonder whether their father’s death might not have been an accident and begin to investigate.

Every year the Bailey’s Prize longlist throws up a couple of absolute gems and one book I really don’t get on with at all. Unfortunately, this falls into the latter category. It seemed to me that the characters were all horrible without real reason. They had conversations with each other that I didn’t find believable, they were so barefacedly nasty and self-absorbed. So self-absorbed that no one much seemed to care that the father had died and it took half of the book for anyone to decide they might want to investigate further. It did pick up pace here but the reveal as to what happened and why didn’t seem plausible to me either. Disappointing. 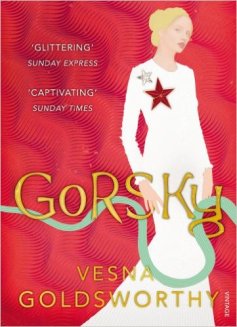 The story of the year in which the narrator, Nikola Kimović, a Serbian living in London and working in an independent bookshop on a backstreet between Kensington and Chelsea, has his life changed by Roman Borisovich Gorsky. Gorsky commissions Nick, as he’s known, to furnish the house he’s building with the best private library in Europe […] a library tailor-made for a Russian gentleman-scholar with an interest in art, literature and travel, and a flair for European languages; a library that would look as though Gorsky had acquired the books himself and read them over many years. Nick’s job also brings him into contact with Natalia and Tom Summerscale. Natalia, it’s revealed, is a former sweetheart of Gorsky’s and his flame still burns bright for her.

Gorsky, if you haven’t realised yet, is a re-working of The Great Gatsby, transported to a 21st Century London peopled with Russian oligarchs ripping out the interiors of Kensington town houses in order to put swimming pools and home cinemas in the basement. It’s a brave writer who takes on an iconic novel and, while Goldsworthy’s attempt is often a lot of fun, it falls short of the novel it takes as its inspiration. Where Fitzgerald’s novel is subtle, Goldsworthy’s is brash and vulgar. While this is clearly her point about the nature of the new money in London, I couldn’t help wishing for Fitzgerald’s more restrained portrayal.

Thanks to Chatto and Windus for the review copy.

The Improbability of Love – Hannah Rothschild 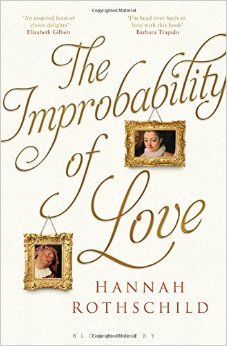 Annie McDee buys a painting in a junk shop as a birthday present for a man she’s been dating. When he fails to show up for dinner, she attempts to return the painting but discovers the shop’s burnt down with the proprietor in it. Her mother, Evie, who Annie has to collect from Paddington Police Station following one of her regular arrests for drunk and disorderly conduct, suggests it might be something special and that Annie should look into it. Whilst Annie does so, between working for the Winkleman’s (an art dealing family) as a chef and attending singles’ nights at art galleries, the reader is introduced to a huge cast of characters from the art world. Old money, new money, no money, wheeling, dealing, ducking and diving ensues. And then there’s the painting itself which Rothschild gives voice to, allowing it to relate its history – that of its conception and of its many notorious owners: One has rarely been owned by a person of no class or standing. I am not a snob; my master was hardly well-born, but a title suggests reassuring things like wealth, breeding and security. I have yet to meet a queen named Annie.

The Improbability of Love is a satirical look at the art world: who owns art, how they present themselves, if beauty can actually be bought. However, for me, satire has to be very sharply written for it to achieve its aims and this is where the novel falls short. Some of it’s good fun but the dialogue is often clunky; there’s a lot of exposition – the chapters told from the painting’s point-of-view are heavy on this; an overreliance on adverbs rather than describing how a character is feeling, and there’s a lot of repetition of key plot and character points. Entertaining but not the work of art it could’ve been.