I thought, everyone has something, something they need from other people. Some people want to be loved. Some want to be admired. Some people just need to know you don’t need them to be any way other than they are.

Claire, 35, single mother to 16-year-old Jason, works in one of the remaining shoe factories in the UK.

It’s a long way from the morning till the end of the day, a long long stretch.

At the beginning of the novel, Jason tells her that his gran has phoned asking him to go round. His granddad isn’t well. Claire has only seen her parents occasionally since she left home, pregnant with Jason.

Everything about them makes me angry. Dad because he doesn’t say anything, he just lets her go on. And her because…

She’s working long shifts, trying to convince Jason to apply for college, and plagued by the antagonism between her and her mother.

Are you ill? he said. What are you doing?
Maybe I’m coming down with something, I said.
What does it feel like?
My back was heavy. It feels like I wanted to say like thirty-five years came into my body and forgot to leave. There’s too much time in here. I’m done for.

She meets Damian and thinks things are better. She might finally be moving on from Pete, Jason’s dad. 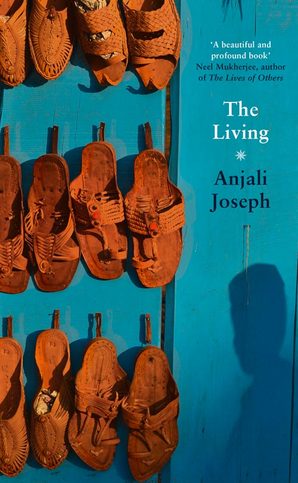 In Kolhapur, Arun, a chappal maker and grandfather, struggles with thinking he needs to pee frequently. As his wife and one of his adult sons try to convince him to see a doctor, he thinks about the period of his life when he was an alcoholic and the effect it had on his family. He also considers the affair he had that no one else knows about.

Through his stories about his own behaviour, he also tells us about his wife and the relationship he has with her:

My wife has few flaws, but it’s exhausting to live with some one who’s always right, someone who’s self-sufficient. Since the time we were first married, she’s kept things to herself, what things I wouldn’t know, but there’s always been a part of her that wasn’t available to me.

Her eyes clouded. Her face looked as I had never seen it – inward, bitter. I was thrilled, yet repelled. The moments when I understood her best, accepted her as she was, were also the moments when I was absolutely without desire for her. As though in being a person it was impossible for me also to be a man.

Joseph structures the novel so Claire tells half of her story, followed by Arun, and then the second halves of their stories follow in the same order. Initially, I found this irritating – both getting such a big chunk of Claire’s story before being shifted to Arun’s and Claire’s story ending part way through the book. However, three days later, I was still thinking about the book and why Joseph might have structured it in this way. My conclusion is that this gives them equal weight – no story, no person, is more valued than anyone else. These are two ordinary people living life in the best way they can, making mistakes, trying to forge and maintain relationships.

The most impressive thing about the novel though is Joseph’s piercing insight into the human condition. I hope the quotations I’ve chosen manage to convey a sense of this. I highlighted so many sentences where I thought she’d captured how it feels to be exhausted with life, aggravated by family, mortified by your own behaviour and so on.

The Living is the first of Anjali Joseph’s novels I’ve read but it won’t be the last; she’s a superb writer and The Living is a fantastic book.

Thanks to Fourth Estate for the review copy.

9 thoughts on “The Living – Anjali Joseph”