Today, I’m completely and utterly thrilled to have an insight into Tracy Chevalier’s work from the woman herself. You can find out more about her writing below my review of her absolutely brilliant new novel, At the Edge of the Orchard.

Sadie was smirking into her pie. “War,” she said, and got up to go to the bottle of applejack.

Is this a war? James thought as he escaped the airless cabin. Because if it was, he would surely lose, as his wife was more experienced than he was at cruelty and ruthlessness. It was also easier to go on the offensive, as she did, than to defend, as he must his trees.

James Goodenough grows, grafts and tends apple trees in the Black Swamp, Ohio. He has a preference for eaters; his wife, Sadie, a preference for spitters so she can drink the product of them. They fight about this often.

To legally claim the land they’re growing on, they needed to grow fifty fruit trees in the first three years. To help them in doing so, they bought saplings they couldn’t really afford from John Chapman, a tree seller. James is still paying the debt while John brings Sadie Applejack and flirts with her.

James takes comfort in numbers and explains to Sadie how they’ll finally exceed the legal requirement for the amount of fruit producing trees on their land.

Today Sadie’s response to the numbers he laid out in his argument was even blunter. “Fuck your numbers,” she said. “You ain’t never gonna reach fifty, much less fifty-three.”

Disrespect for numbers was what made James slap her – though he wouldn’t have if she’d still held the knife.

She responded by going for him with her fists, and got in a jab to the side of his head before he wrestled her back into her seat and slapped her again. At least she didn’t manage to catch an eye as she had done once; his neighbors enjoyed teasing James about the shiner his wife had given him. Buckeye, they called it, after the chestnuts so common in Ohio. Lots of wives sported buckeyes; not so many husbands.

The couple have ten children; five are still alive: Caleb, Sal, Martha, Nathan and Robert. It is Robert, ‘a mystery – a changeling’ to James and for Sadie, ‘I loved him best cause he seemed to come from a different place to the rest of us’, whose story becomes the focus as the book progresses.

Robert’s the only child interested in the trees. He pays attention to his father’s work with them and learns to successfully graft his own. The second section of the novel contains a series of letters from him, all written on New Years’ Day from 1840-1856, charting his journey from the swamp through a series of jobs. He stops writing after failing to receive any replies.

In the third section of the novel, Robert meets William Lobb, an English plant collector, and begins to work for him. The rest of the novel both charts Robert’s life from that point but also looks back to the Black Swamp and the events that led to him leaving.

Chevalier uses a range of voices to tell the story – James’ story and most of Robert’s are told through a third person subjective viewpoint; there are letters included from both Robert and his sister, Martha, showing their progress in learning to write, but the most interesting and compelling voice is that of Sadie.

Sadie’s given short pieces, told in first person, written in her spoken voice:

I never wanted to live in the Black Swamp. Who would? It aint a name that draws you in. You get stuck there, more like – stuck in the mud and cant go no farther, so you stay cause theres land and no people, which was what we were lookin for.

She’s a brilliant character. Vile to her husband and her children when she’s been on the Applejack; she’s unhappy with the hand life’s dealt her, particularly knowing her husband’s more interested in his trees than her. She takes her pleasures where she can get them and her pleasures come largely in hurting those closest to her. The scenes between her and James where they bicker and fight are vividly rendered; an excellent portrait of a marriage turned as sour as some of the apples their trees produce.

While Robert’s a quiet, enigmatic character, the people he surrounds himself with aren’t and his travelling around makes for some interesting tales. Some of which, Chevalier says in the afterword to the novel, are based on truth and real people.

Chevalier explores familial relationships, whether the past ever leaves you and whether it’s possible to change and start anew. Chevalier transports the reader to American swamps and groves bringing them and the characters within them to life.

If you’d told me a fortnight ago that I would love a novel written about trees, I’d have laughed, but At the Edge of the Orchard is a superb novel. I wouldn’t be at all surprised to see it on tomorrow’s Bailey’s Prize longlist. 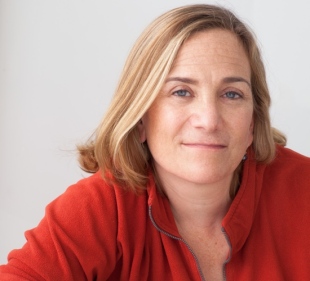 Could you describe your writing rituals: How many hours a day to you devote to writing? Do you write a draft on paper or at a keyboard (typewriter or computer)?

I probably write for 3 hours a day but I spread it out over 10 hours. So I’m often doing other things in between: answering email and phone calls, writing other stuff, researching procrastinating. I draft on paper, then type what I’ve written every few days into the computer. I print out a draft and rework it on paper, then make corrections on screen. I hate screens. Typing like that is not creative at all. Pen and paper is much more organic for me.

Both are important, but character usually comes first, and I work out the plot around the characters I’ve created.

Which writers from history would you most like to read and critique your books and why?

Oo, that’s hard. Can I choose other people? I would dearly love to know what Vermeer thought of my novel about him and his paintings. I have also written a novel, Remarkable Creatures, about the fossil hunter Mary Anning. I would love to meet her and talk to her about her life.

If you could live in any of the periods where your novels are set, which would it be?

I have a hankering to live in 17th-century Holland. I looked at a lot of Dutch paintings of the period when I wrote Girl with a Pearl Earring, and a lot since, and I think I get the people and how they lived. I would be comfortable there with all the sweeping, the bedwarmers, the skating, the moments of domestic calm and the drunken tavern scenes…

Which work of fiction do you most wish you had written?

Beloved by Toni Morrison. Dinner at the Homesick Restaurant by Anne Tyler. Alias Grace by Margaret Atwood. Hemingway short stories. Anna Karenina. The Sound and the Fury by William Faulkner.

Are there any classics you have lied about reading (the most common answer is War and Peace, for example!)?

Proust. OK, I admit it, I’ve only read about 30 pages. And maybe 50 pages of Don Quixote. I haven’t tried War and Peace at all, but have just seen the BBC TV adaptation and loved it (I had no idea it was such a soap opera), so I am going to give it a try!

What are your favourite literary heroines and why?

My favourites are from books I read as a child: Anne Shirley in Anne of Green Gables, Laura Ingalls in the Little House books, Pippi Longstocking. I’m drawn to strong characters full of adventure. Oh, and of course Jane Eyre: she is strong and determined, and beautifully plays the underdog who triumphs.

A huge thanks to Tracy and to Borough Press for the Q&A and a review copy of the novel.