“In Russian, you don’t have to go missing, it’s a single verb. The verb sits next to your name and you’re gone.

In English you have to work for it. To go. Missing. You have to get up and walk there.”

“But you French are, as always, the most romantic. Porté disparu. The person must be carried forth missing. In France, there are lines of people waiting with their arms out, bent elbows, hands cupped towards themselves, each holding a disappearance.”

In a box-shaped room with no windows and no furniture live a group of women aged between fifteen and maybe thirty. All of them are called Natasha. 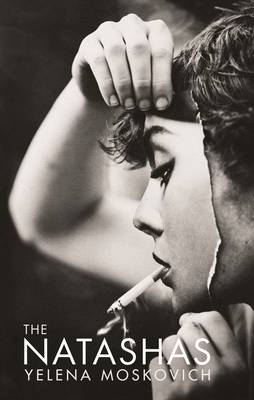 Béatrice, 29, lives with her family on the outskirts of Paris. She’s a jazz singer. At school she was known behind her back as ‘Miss Playboy’, her family call her ‘Miss Monroe’. Her relationships are fleeting due to her lack of enchantment with men:

As time went by, she began to realise that they had shared no private complicity at all. Together, they had merely participated in the myth that brilliant boys are noble beings.

When Béatrice goes out to find a dress to wear for the concert she’s performing in at the end of the week, she meets Polina who offers her a different way of living, one that will free her from her body.

César’s an actor working as a telemarketer, supplementing his income with projects and small jobs. He uses the telemarketing calls as acting exercises, making calls as ‘Enrique, the disinherited deviant son…Frederico, the pharmaceutical company mongrel…Pablo Ruiz, the car thief. Juan-Miguel Santos, the hothead. Andreas Sepúlveda, the Chilean melancholic’.

When he was younger, César realised he was gay. His parents, unable to accept his sexuality, set him up with Rosa, the disfigured girl who lived next door. Out in a restaurant, César mimicked female characters.

This made his brothers snort secretly.

“You think you’re some star now…” Alonzo would whisper to César.

Raul waited until his father left the room, then came up behind César and slapped him between his legs.

“This here’s the biggest pussy in all of Mexico!”

César escaped his family and the potential arranged marriage by moving to Paris to become an actor. He begins to find himself when he’s offered the part of Manuel Rodriguez, a Latin psychopath who tracks down women and young girls. ‘A macho muchacho’.

César’s mind began to race…His family could see it in Mexico. His brothers. Tough guy. Scary guy. Psychos don’t take shit. No one messes with a psycho. César suddenly felt so excited, the pinheads in his eyes sparkled feverishly, as if trying to become meteors…

The Natashas explores the creation of an individual identity and how events in your teenage years can have a resounding affect on your twenties, causing insecurity. Béatrice can’t seem to move beyond the idea that she is her body, largely because it’s what the boys at school and her family have told her. César takes on a new identity through his acting, one as far removed as possible from who he seems to be.

The Natashas themselves (none of these women are actually called Natasha, they’ve been given the name once they’ve been lured from their own body) are sometimes funny – they misinterpret words – but seem mostly to reinforce the idea that women are only valued for their bodies. It’s a depressing state of affairs all round.

The Natashas is a surreal book. It’s difficult to know at times whether events are really happening (in the context of what real means in a work of fiction) or whether they’re imagined – by the characters or Moskovich. The concepts that the novel deals with have emerged from it in the weeks since I read it, suggesting this is a book that yields more after you’ve finished reading. It’s certainly a novel that leaves you with much to consider and one I’d like to revisit.

Thanks to Serpent’s Tail for the review copy.

3 thoughts on “The Natashas – Yelena Moskovich”