My personal situation is beginning to sort itself out, so I thought I’d give you an update on plans for the blog. First though, I just want to say thank you again to everyone who sent messages. People – some of whom I’ve never met – have been absolutely brilliant. I wouldn’t have got through the last three weeks without everyone’s support and I’m so grateful that I know so many wonderful people.

The outcome of my situation is that we’re going to be moving house over the summer. As well as that, I’m currently doing an intense block of paid work. I also have a substantial amount of PhD work to do – including my confirmation seminar at the beginning of September and next semester (from the end of September/beginning of October) I’m going to be teaching undergraduates for a few hours a week as well. The latter means I’ve some reading and planning to do over the summer too. 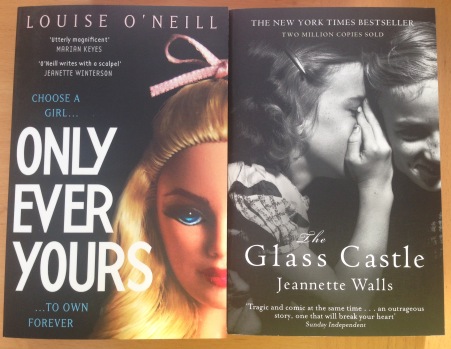 What this means is that I’ll update the blog as and when I can. I have a stack of books I’ve already read waiting to be reviewed so I’ll post them as I manage them.

One of the things that’s happened over the last three weeks is my reading has slowed enormously; I don’t think this is a bad thing. I re-read a book last week, pencil in hand, making notes and it was thoroughly enjoyable. I’d like to do more of that. I’ve also so many books in the house – both review copies and ones I’ve bought – that I really want to read (and in some cases re-read) that I’ve given myself a stern talking to about accepting review copies when I have a stack of books already. It’s not as though I accept them indiscriminately either, there are just so many interesting sounding books about. (If you follow me on Twitter, you will have seen I’ve broken my book-buying ban though. What can I say? I was low and what better pick-me-up? See photos for damage!)

What that means for the future of the blog is I won’t be posting reviews as frequently as I have in the last six months or so. Partly because I won’t have time, partly because I won’t be reviewing everything I read. I’m going to be kinder to myself, both in terms of reading things I want to read, not finishing things I’m not enjoying and reading books for the sheer pleasure of reading them.

As for In the Media, I’m going to leave it on hiatus until some point in September. I know a lot of people enjoy that post and I love compiling it but it had begun to take a lot of time. When it returns it will be in a slightly different (and reduced) format and will most likely be fortnightly rather than every week. I haven’t quite worked out all the details myself so I’ll write more about it closer to the time.

Meanwhile, I’m toying with a post about Kamila Shamsie’s call for a year of publishing only books by women – and the responses to it so far, and a list of ‘unlikeable’ heroines spurred by a comment Antonia Honeywell made when I interviewed her last week. Watch this space, as they say.