This is my second letter to you, Harold, and this time it will be different. No lies. I will confess everything, because you were right that day. There were so many things you didn’t see. There are so many things you still don’t know. My secrets have been inside me for twenty years, and I must let them go before it is too late. I will tell you everything and the rest will be silence.

Those of you who read Rachel Joyce’s debut novel The Unlikely Pilgrimage of Harold Fry will be familiar with Queenie Hennessy as it is she Harold walks towards wanting to atone for acts committed twenty years previously. Queenie is in a hospice in Berwick-upon-Tweed dying of cancer. In the companion novel, The Love Song of Miss Queenie Hennessy, Joyce allows Queenie to tell her side of the story. Aided by one of the nuns in the hospice, Sister Mary Inconnue, Queenie writes her second letter to Harold.

Since I left Kingsbridge, I’ve remained single. I made my home in a derelict timber beach house, and I tended my heart in a garden by the sea. My life has been small, it has been nothing to speak of. But the past is still inside me Harold. I have never let it go.

Queenie tells us how she managed to get an accountancy job in a brewery, despite the rampant sexism; she tells us how she and Harold met (which is not the way he told us) and about their drives once he’s appointed to take her to and from work, and she tells us all the things she knew about Harold and Maureen’s son, David, things that Harold never knew. 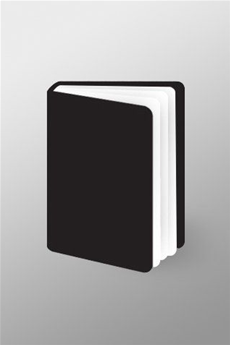 I don’t know why some of these memories must remain so crystal clear. I recall one sliver and the whole picture comes rushing back, while other things, for instance, other things I would like to remember, are completely unavailable. If only memory were a library with everything stored where it should be. If only you could walk to the desk and say to the assistant, I’d like to return the painful memories about David Fry or indeed his mother, and take out some happier ones please.

Her memories of Harold, Maureen and David are divided in the structure of the text by two things: the first of these is Queenie’s life after she left Kingsbridge. These sections tell us of the beach house she renovates and the sea garden she builds which illustrates her heartbreak and attracts others who walk along the costal path. ‘I made my sea garden to atone for the terrible wrong I had done to a man I loved, I said’.

The second is the daily routines of those in the hospice. Joyce provides a cast of characters – Sister Lucy and Sister Catherine, the Pearly King, Barbara, Finty, Mr Henderson.

For the majority of the novel, Queenie’s fellow residents provide some much-needed comic relief:

But, of course, they are in the hospice for the grimmest of reasons and eventually there are regular visits made by the hearse.

The Love Song of Miss Queenie Hennessy is equal parts heart breaking and heart warming; it’s a balance that’s needed in a novel that could so easily have been devastatingly sad as Joyce considers the part we play in the decisions of others and how our role and our memories of it affect who we become.

It would be easy to question (and easy to be cynical about) the decision to write a companion piece to a best-selling novel but I’ll give you two reasons why Joyce was right to do so: one – Queenie’s side of the story is more interesting than Harold’s; two – Joyce’s writing gets better with every novel she writes. The Love Song of Miss Queenie Hennessy is an absolute gem.

Thanks to Doubleday for the review copy.