At the beginning of 2013, I reviewed Chloe Hooper’s The Engagement for Bookmunch where I referred to it as ‘…a skillfully executed psychological thriller that is both charged and satisfying. I read it in one sitting’. I’ve also called it Gone Girl’s ‘grown-up cousin…darker, creepier, more believable’. Now, thanks to the lovely people at Vintage Books, not only can you win one of three copies of the book and discover for yourself just how good it is, I also have the pleasure of welcoming Chloe Hooper to the blog to tell you about the inspiration behind The Engagement.

A woman threatened with a forced betrothal is a perennial gothic storyline, I presume, because it captures women’s deep ambivalence about the prospect of tying the knot, and their desires and anxieties can then be played out in the hermetically sealed world of the novel. Of course, traditionally women couldn’t choose their own partners, but even today there’s plenty about marriage that should make the hair on the back of our necks stand up. Consider that the UK wedding industry generates $10 billion annually, but at least a third of these unions will end in divorce: when you think of the sheer cost, not to mention pain, for those involved these statistics are as scary as any haunted house…

Which is all to say, I wanted to update this old plot, without losing the gothic pile. My heroine, Leise, finds herself retrenched and in debt. She leaves the UK to work at her uncle’s estate agency in Melbourne. Here, she meets a lonely farmer, Alexander, who’s looking for a city apartment. Soon Liese is trysting with him in different properties around town—albeit for a fee.

At the end of the book, it becomes increasingly difficult to tell who is in control and whose fantasy is actually being acted out—making, I hope, for a psychologically complex modern thriller.

If that’s tickled your reading tastebuds, here’s how you can win a copy of the book. Leave a comment and share this post, either by using the buttons below or retweeting one of my tweets linking to the giveaway. I am accepting worldwide entries on this. The competition closes as 12pm GMT on Sunday 12th January. Winners will be selected at random and notified as soon as possible after entries have closed. Good luck!

Edit: I’ve allocated each entrant a number, in order of entry and put them into a random number generator which gave me the following: 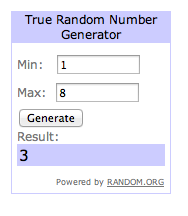 Congratulations to Claire, Elena and Pooja, an email is on its way to each of you. Thanks to everyone else for entering.