I should probably preface this post by mentioning that I love Maggie O’Farrell’s writing – not unequivocally – I thought The Vanishing Act of Esme Lennox had some serious flaws but still that didn’t invalidate the quality of the writing. Like too many of the books I own, her debut After You’d Gone sat on my shelf for a long time before I read it. In fact, I think it had been joined by My Lover’s Lover and The Distance Between Us before a colleague mentioned that After You’d Gone was one of her favourite books and I should read it. I did. And then I read the other two in close succession. O’Farrell is now one of the few writers with a substantial output whose entire body of work I’ve read. And so, to her latest.

Instructions for a Heatwave is set during the heatwave of 1976 and concerns the Riordan family. Gretta and Robert live in Highbury where they have raised three children – Michael Francis, Monica and Aoife. Robert’s retired and spends his days pottering around the house unless Gretta organises outings for them.

As the novel opens, Robert tells Gretta, ‘I’ll just go round the corner and get the paper’. While he’s gone we’re given an insight into Robert and Gretta’s relationship:

Gretta sits herself down at the table. Robert has arranged everything she needs: a plate, a knife, a bowl with a spoon, a pat of butter, a jar of marmalade. It is in such small acts of kindness that people know they are loved. Which is, she reflects as she moves the sugar bowl to one side, surprisingly rare at their age. So many friends of hers feel overlooked or outgrown or unseen by their husbands, like furniture kept too long. But not her. Robert likes to know where she is at all times, he frets if she leaves the house without telling him, gets edgy if she slips away without him seeing and starts ringing the children to question them on her whereabouts.

It is all the more shocking therefore, when Robert fails to return.

Gretta calls her children for help. They rally round but they’ve all got issues of their own: Michael Francis doesn’t recognise his wife anymore. His children are left to play by themselves while she sits in the attic working on her Open University degree. Monica is struggling with her step-daughters, who don’t seem to like her, and a husband who is unsupportive of her attempts to bond with them. Aoife has escaped to New York after a major disagreement with Monica and is hiding the fact that she can’t read (she’s dyslexic) from her employer and her lover.

The family come together at Gretta’s house. The heat exacerbates the tension that already exists between them and as the search for their father continues, secrets spill out.

This is a skillfully written novel. O’Farrell’s prose has a rare quality, one that pulls you into the world that she’s created and envelops you in the drama. Rather than sympathising with a character, you feel like an onlooker in the same room or street. In Instructions for a Heatwave, you can feel the heat – both the literal heat of the sun and the metaphorical heat of simmering family tensions. This is her best novel yet.

And, you lucky people, I have two copies to give away – one paperback proof and one finished hardback. If you’d like one leave a comment below before midnight on Saturday 16th March and I’ll draw the winners at random the following day. I’m happy to post books internationally. Good luck! 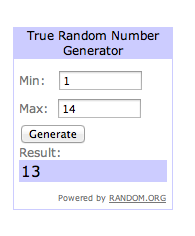 Congratulations liveotherwise and liz mckay, emails have been sent to you both.

Thanks to everyone else who entered and sorry I didn’t have more copies.

18 thoughts on “Instructions for a Heatwave – Maggie O’Farrell”